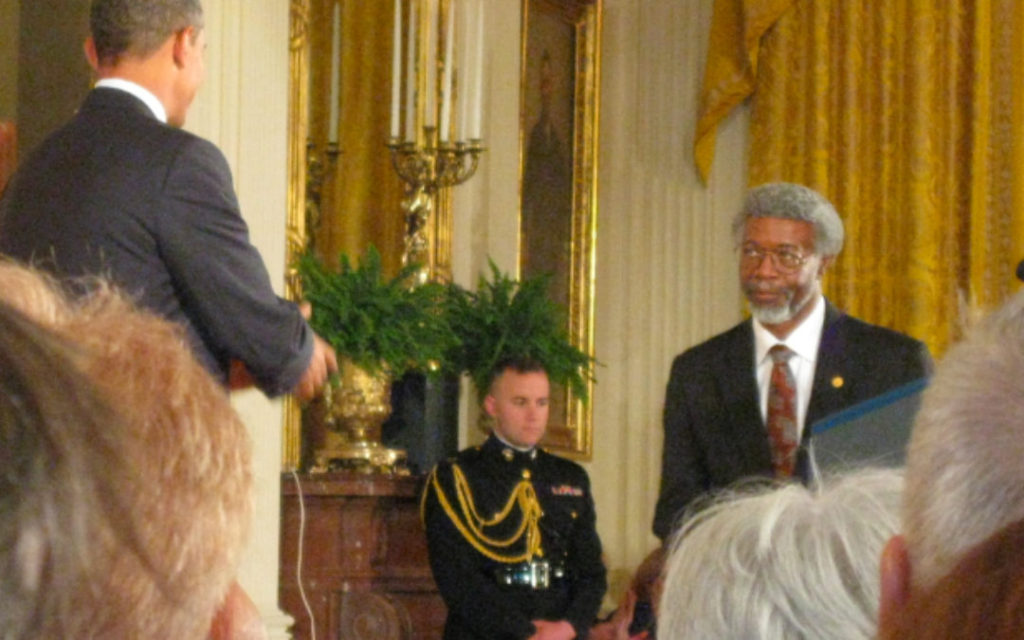 AIMS-GH Board Member Receives US National Medal of Science

On Friday, Feb. 1, 2013, President Barack Obama awarded Dr. Sylvester James Gates, a member of the board of trustees of AIMS-Ghana and Director of the Centre for String and Particle Theory, University of Maryland, with the National Medal of Science, , during a ceremony in the East Room of the White House in Washington.

The awards are the highest honours’ bestowed by the United States Government upon scientists, engineers, and inventors.

Since 2009, Dr. Gates has also served on the President’s Council of Advisors on Science and Technology and the Maryland State Board of Education. He has used both appointments to advocate STEM education (science, technology, engineering and mathematics education).