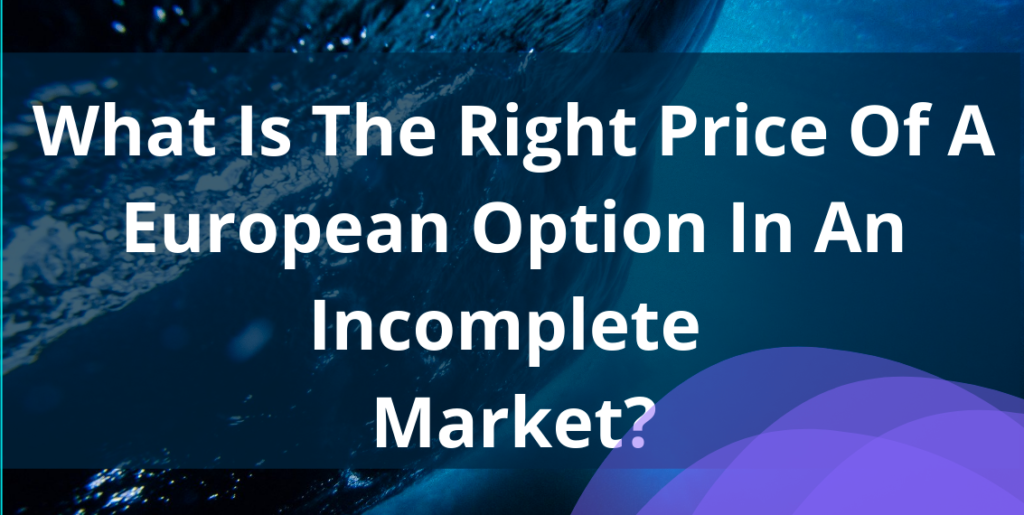 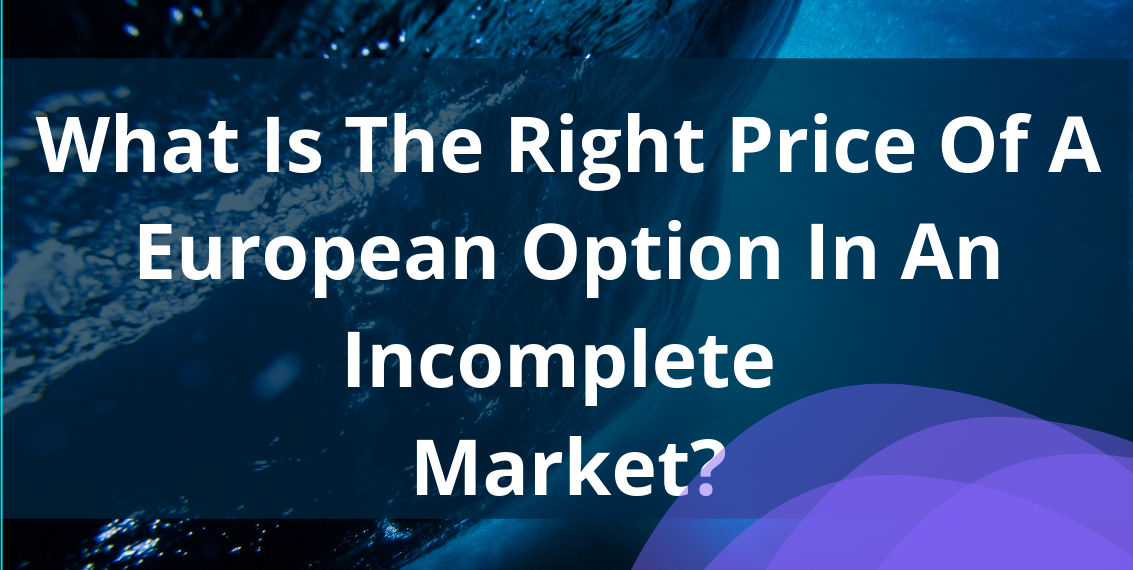 We study option prices in financial markets where the risky asset prices are modelled by jump diffusions. For simplicity, we put the risk-free asset price equal to 1. Such markets are typically incomplete, and therefore there are in general infinitely many arbitrage-free option prices in these markets. We consider in particular European options with a terminal payoff F at the terminal time T, and propose that the right price of such an option is the initial wealth needed to make it possible to generate by a self-financing portfolio a terminal wealth which is as close as possible to the payoff F in the sense of variance.

If the coefficients of the risky asset prices are deterministic, we show that
p_{mv}(F)=E_{Q*}[F], i.e. the expectation of F with respect to Q*,
for a specific equivalent martingale measure (EMM) Q*. This shows in particular that the minimal variance price is free from arbitrage.

Then for the general case, we apply a suitable maximum principle of optimal stochastic control to relate the minimal variance price z^=p_{mv}(F) to the Hamiltonian and its adjoint processes, and we show that, under some conditions,
z^=p_{mv}(F)=E_{Q_0}[F]
for any Q_0 in a specific family of EMMs, described by the set of solutions of a system of linear equations.

Finally, we illustrate our results by looking at specific examples.

The presentation is based on recent joint work with Nacira Agram, Linnaeus University (LNU), Sweden..

Bernt Karsten Øksendal is a Norwegian Mathematician with several years of teaching and research in Stochastic Analysis. He completed his undergraduate studies at the University of Oslo, and obtained his PhD from the University of California, Los Angeles (UCLA) in 1971. His PhD thesis was titled Peak Sets and Interpolation Sets for Some Algebras of Analytic Functions and was supervised by Theodore Gamelin.

In 1991, he was appointed as a Professor at the University of Oslo. In 1992, he was appointed as an adjunct professor at the Norwegian School of Economics and Business Administration, Bergen, Norway.
His main field of interest is Stochastic Analysis, including Stochastic Optimal Control, Optimal Stopping, Stochastic Ordinary and Partial Differential Equations (SDEs and SPDEs) and applications, particularly to Physics, Biology, and Finance. For his contributions to these fields, he was awarded the Nansen Prize in 1996. In 2009, he was awarded the European Research Council Advanced Grant for 5 years. He was also awarded the University of Oslo Research Prize for excellent research in 2014. In 2017 he was appointed Honorary Doctor at the Norwegian School of Economics.

Øksendal has over 200 published works, including nine books. In 2005, he taught a course in Stochastic Calculus at the African Institute for Mathematical Sciences (AIMS) in Cape Town, South Africa.