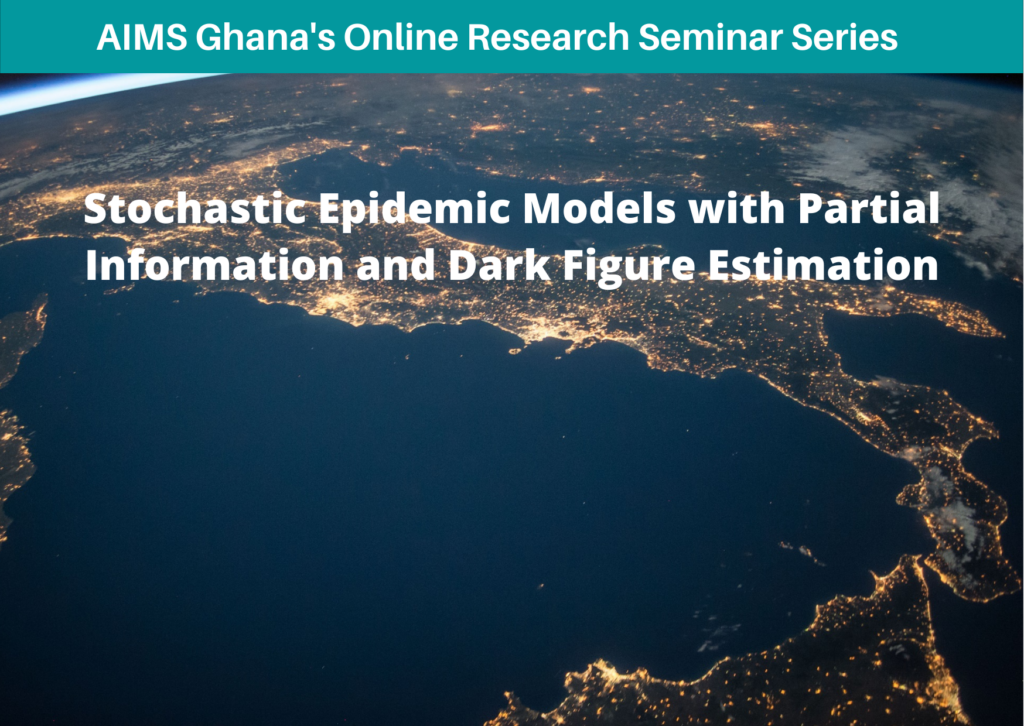 Mathematical models of epidemics such as the current COVID-19 pandemics often use compartmental models dividing the population into several compartments. Based on a microscopic setting describing the temporal evolution of the subpopulation sizes in the compartments by stochastic counting processes one can derive macroscopic models for large populations describing the average behavior by associated  ODEs such as the celebrated SIR model. Further, diffusion approximations allow to address fluctuations from the average and to describe the state dynamics also for smaller populations by stochastic differential equations (SDE).

Usually, not all of the state variables are directly observable and we are facing the so-called “dark figure” problem addressing for example the unknown number of asymptomatic and non-detected infections. Such not directly observable states are problematic if it comes to the computation of characteristics of the epidemic such as the effective reproduction rate and the prevalence of the infection within the population.
Further, the management and containment of epidemics relying on solutions of (stochastic) optimal control problems and the associated feedback controls need observations of the current state as input.

The estimation of unobservable states based on records of the observable states leads to a non-standard filtering problem for partially observable stochastic models. We adopt the extended Kalman filter approach coping with non-linearities in the state dynamics and the state-dependent diffusion coefficients in the SDEs. This allows the development of approximative solutions to that filtering problem. Numerical results illustrating our theoretical findings are presented.

He holds a Diploma in Mathematics from the Chemnitz University of Technology where he received his Ph.D. in Probability Theory and Mathematical Statistics in 1992 and his Habilitation in Stochastic Analysis in 1999.

He held positions as Professor of Mathematics at Zwickau University of Applied Sciences from 2003-2011, as a substitute for a chair of  Stochastics at  Martin-Luther University in Halle-Wittenberg from 2002-2003 and as an Assistant Professor at the Chemnitz University of Technology from 1993-2002.

We kindly urge all participants to mute themselves and turn off their cameras when they join the meeting.