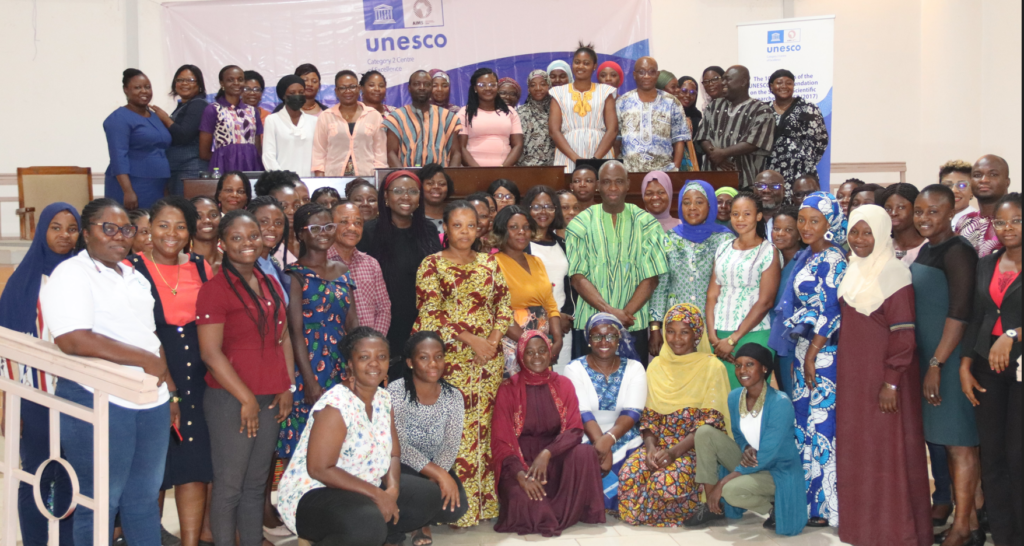 On November 3, 2022, AIMS Ghana in partnership with the Kazuhiko Takeuchi Centre for Sustainability and Resilience (KTCSR), UDS, hosted a training and awareness-raising workshop on the 2017 UNESCO RSSR at the Dr. Naa Andani Chamber in the Central Administration block of the University for Development Studies’ Tamale Campus, for female researchers.

Prof. Hamdiyah Alhassan, the director of KTCSR, gave the introductory remarks. According to her, the UNESCO Recommendation on Science and Scientific Researchers is an important standard-setting document that not only codifies the objectives and moral principles that guide science but also underscores the necessity to promote and safeguard these principles if science and scientific researchers are to advance.

Vice-Chancellor of the University for Development Studies in Tamale, Prof. Seidu Al-hassan, delivered the keynote speech. He stated that ever since he was appointed as the fifth Vice-Chancellor of UDS, promoting the welfare of female professors and scientists has been a top priority.

The UNESCO Recommendation for Science and Scientific Researchers promotes a fair and appropriate status for scientific researchers and informs adequate national science, technology, and innovation policies, as well as directives to ensure that societies use knowledge from all scientific fields responsibly, according to Ms. Adelaide Asante, Chief Operating Officer, AIMS Ghana.